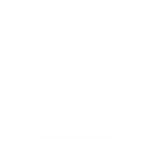 69x will distribute your music to djs & radio stations for airplay worldwide | get your music plugged into the 69xradio show | be considered for a brand new uk/usa podcast shared on all platforms | quickly build your band a new audience and fans.

LETS get your band on the airwaves today >

In 2016 69X DEVELOPED a unique WAY of interviewing bands from around the globe. SINCE THEN WE HAVE CREATED VARIOUS ONLINE SHOWS REACHING A LARGE AUDIENCE WORLDWIDE. BE CONSIDERED FOR A  2021 SHOW FEATURE.

69X NEWS & REVIEWS
news media
HAVE NEWS ABOUT YOUR BAND OR JOURNEY SO FAR? NEED A BAND REVIEW?

69X WILL DISTRIBUTE YOUR STORY TO A FAST GROWING LIST OF PROFESSIONAL MUSIC  REVIEWERS WORLDWIDE  |BE CONSIDERED FOR A 69X FEATURED BAND SLOT IN WELL KNOWN MUSIC MAGAZINES click tHIS  button TO COMPLETE THE SIGN UP & SUBMIT FORM>  let's GET YOUR STORY HEARD!

help us share awareness of homelessness by joining our online community page on facebook. check out the links on this page for our featured homeless charities where you can donate or volunteer by clicking the links in each section

this year on the 26th of august 69xmusic will celebrate its 5th anniversary.  I would like to thank each and every band, artist, and music industry professionals as well AS music-related business for your ongoing support over the years. Where did it all start? As a rock vocalist for many years in various original bands, we as a band experienced the age-old struggles of promotion, getting booked and securing decent gigs, and on the odd occasion getting paid! Way Before the launch OF Myspace and other SIMULAR music platforms, I came up with an idea/design/concept bringing all areas of the music industry, bands, AND  artists together on one platform injecting some big X into our industry.  This idea ‘back in the day’ was indeed truly epic and never attempted, so with this idea all drafted up into a large OLD SKOOL folder filled with computer designs and planned functionality, I sourced funding from a UK investor to build the system and platforms.  however just like my European/USA solo record contract (again back in the day) sadly just before the new online platforms project was about to be constructed the funding for the deal fell through. I made a decision to close the folder of ideas and felt maybe the time was not quite right. Years later many other platforms started to emerge, however, non of them to the full capacity of the idea and functionality I had created back the day (WATCH THIS SPACE i don’t give up that easily)  69xmusic was born back in 2016 why is it called 69xmusic? Mainly because the objective is to turn things upside down with a new approach to music promotion ‘ (PLUS the slightly close connotation to the number 69,  which is I guess….  my attempt at marketing) Since the beginning of 69xmusic the ambition to once again open my old skool folder of ideas and bring it to life, the platforms I had developed back in the day, has indeed slowly blended into what YOU SEE TODAY. As I launch this brand website, ( which I have created designed, and built 7 days a week for the past 3 months) another small percentage of the ideas (FROM THE OLD SKOOL FOLDER) are finally being realized, however, the full concept will slowly emerge in the very near future, and that is my new goal! THE 69X journey so far has been a real test of character in so many ways, many personal sacrifices, financial investment, and working DAY AND NIGHT TO PROMOTE AS MANY BANDS AS AT ALL POSSIBLE  AND RAISE FUNDS AND AWARENESS OF HOMELESSNESS THROUGH THE ART OF ORIGINAL MUSIC. I have met so many amazing people along this journey but also had my fair share of failure and disappointment. MY BELIEF IS THAT If you believe in something so strongly,  you should never ever give up despite all the challenges YOU WILL ULTIMATELY HAVE TO FACE along the way, we only get one shot at life…. true story! This year will be a milestone for 69xmusic and I truly hope more bands and artists jump on the journey to support this independent music company, which has a core value above all else of

focusing on the music and helping others less fortunate.

Thank you in advance for your support, you all truly ROCK!

69xmusic.co.uk © contains copyrighted and registered material and other proprietary information including, but not limited to: text, software, photos, video, graphics, music and sound, and the entire content of 69xmusic.co.uk © is copyrighted as a collective work under UK registration and copyright laws.Each third-party content provider owns the copyright in content original to it. No one may modify, publish, transmit, participate in the transfer or sale, create derivative works, or in any way exploit any of the content of 69xmusic, in whole or in part, except as otherwise expressly permitted under copyright law, no copying, redistribution, publication or commercial exploitation of material from 69xmusic.co.uk © is permitted without the expressed written permission of 69xmusic © and any other copyright owner.In the event of any permitted copying, redistribution or publication of copyrighted material, no changes in or deletion of author attribution, trademark, legend, or copyright notice shall be made.